Budweiser is the King of Beer, but the saturation of brands and alternate options have diluted Bud’s undisputed reign as America’s game time brew. How could Budweiser leverage its partnership with Florida MLB teams to regain its crown and forge new connections with evolving communities in the Southeast?

WOW MKTG was game. Our team proposed creating a friendly rivalry between the Miami Marlins and Tampa Bay Rays fans. The prize at stake – bragging rights for which city has the best Cuban Sandwich. Like Philly’s famous Cheesesteak or a New York slice, the Cuban Sandwich is close to the hearts of both Miami and Tampa residents. Each city lays claim to their hometown variation being better and/or more authentic than the other. We stoked the debate with an all-out intercity competition, positioning Budweiser as the perfect pairing for either city’s Cubano.

Our "King of the Cubano" campaign combined an online competition website, event marketing, social media, influencer engagement, public relations, and the MLB partnership to ignite the rivalry. Fans squared off at in-game and on-premise tasting events in Miami and Tampa, sampling both cities’ Cuban Sandwiches and placing their votes through ambassadors, or online through hashtag-driven social posts. Media and influencer relations efforts paired with media messaging to fuel the buzz.

Hitting it Out of the Park

The rivalry took form as fans from each team celebrated their city and sandwich. Team social accounts, mascots, sportscasters, social influencers, and even each city’s mayor participated in the debate. The bilingual campaign hit a home run with baseball fans and foodies in both markets, garnering more than two million impressions, and more than 11,000 thousand votes cast online. Miami was crowned the first-ever “King of the Cubano" winning by a narrow margin. Budweiser was the real MVP, by establishing a connection and driving affinity with new Latino audiences in the Southeast region. 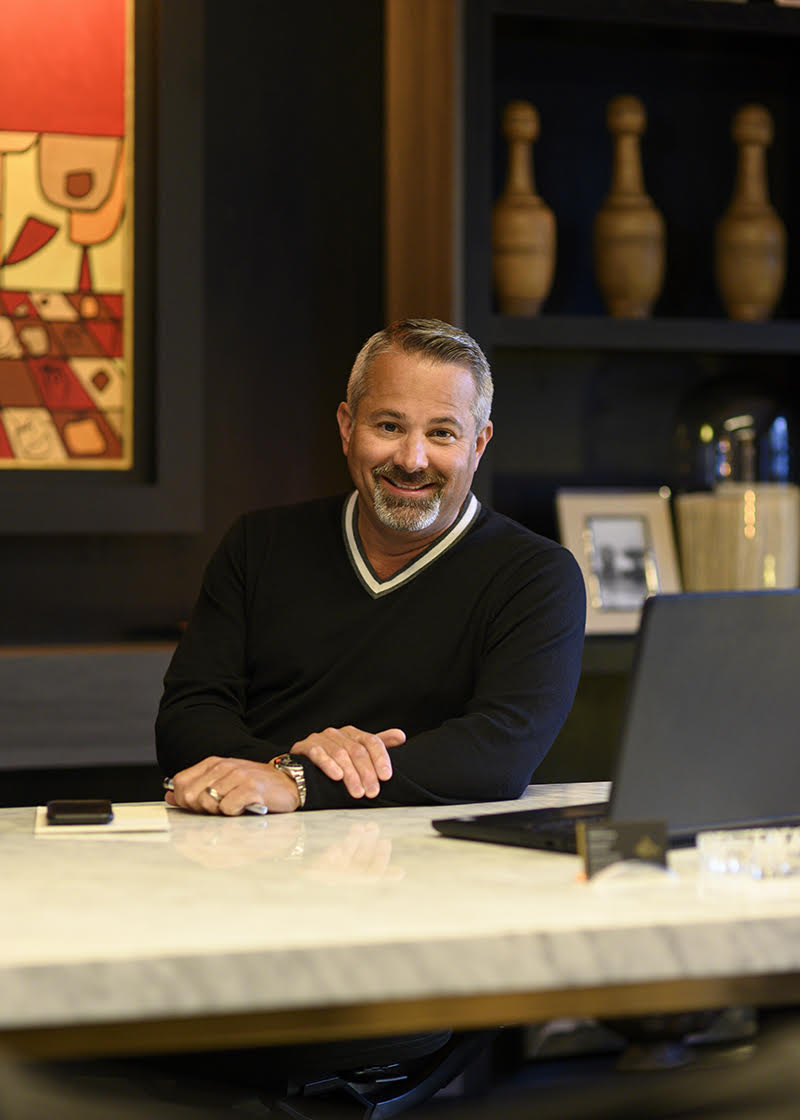 Jose has decades of experience in advertising and experiential marketing, as well as media planning and buying in both English-language and Spanish-language. He invested most of his career development at Fox Television, USA Networks, Tribune Corporation, and Univision Radio, where he built loyal relationships throughout his tenures. Jose began WOW as a premiere events marketing firm and evolved it into the fastest-growing full-service marketing agency in the state. He has meticulously hand-selected his team of experienced industry professionals to help him lead a cross-disciplinary vision of an innovative, more streamlined agency service approach. As a man of faith, Jose does not take his success lightly, propelling his family and company to give back to the community. Together they donated more than $3 million to major nonprofit organizations in the markets that WOW MKTG serves. This New Jersey native who makes Miami home with his wife and three children also sits on the boards of the Dolphins Cancer Challenge, Chapman Partnership for the Homeless, and Nicklaus Children’s Hospital Foundation. 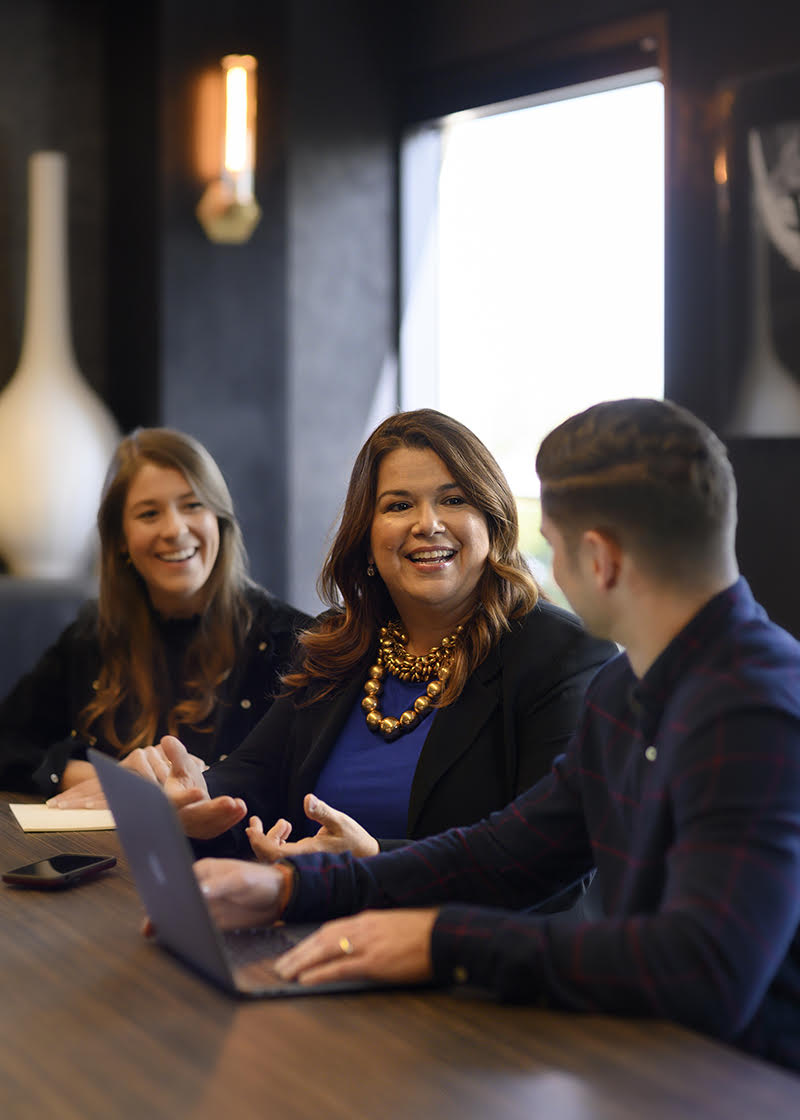 Daisy leads a team of highly skilled professionals who specialize in social media management, influencer marketing, content creation, and public and media relations to deliver results-driven, multi-faceted strategic communication plans and campaigns. Daisy brings more than 25 years of experience in the private and public sectors. Prior to joining WOW MKTG, she served as Chief Communications and Community Engagement Officer for Miami-Dade County Public Schools, the nation’s fourth largest school system. In her role, she directed external and internal multilingual communication efforts including media and public relations, marketing, social media, crisis management, and community outreach. She worked for more than a decade in the television news industry. 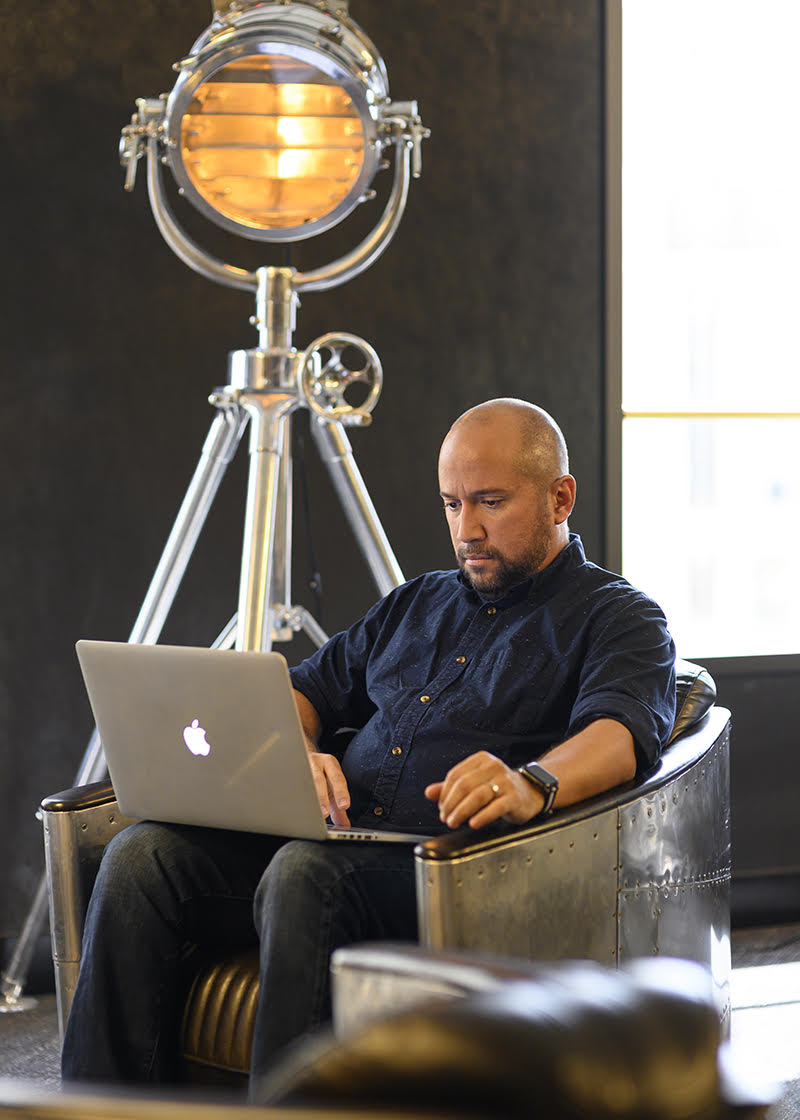 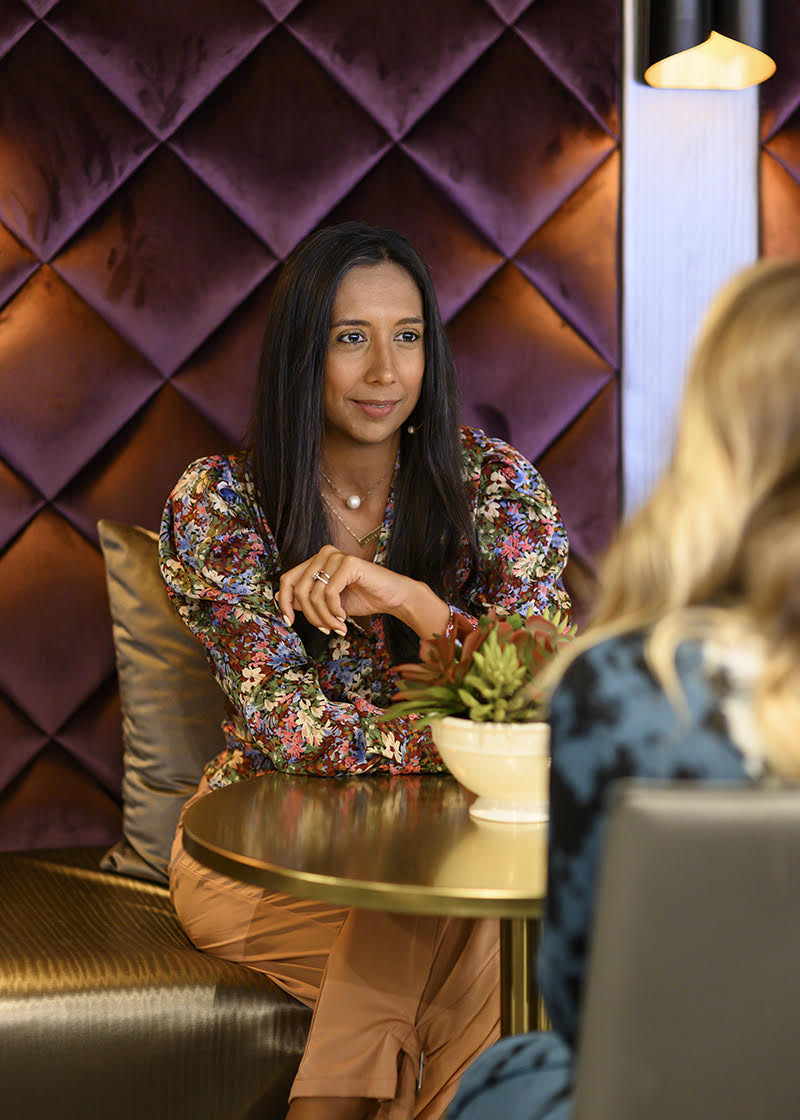 Yoly and her team plan and execute spectacular experiences for thousands of people every year featuring drink, food, entertainment, promotions, demonstrations, and discussions at meticulously designed, produced and managed events for companies such as Disney, Univision, and UHealth, as well as large organizations such as The American Cancer Society, Miami Children’s Museum, Big Brothers Big Sisters, Jackson Memorial Hospital, Nicklaus Children’s Hospital, YoungArts, and the South Beach Wine & Food Festival, among others. 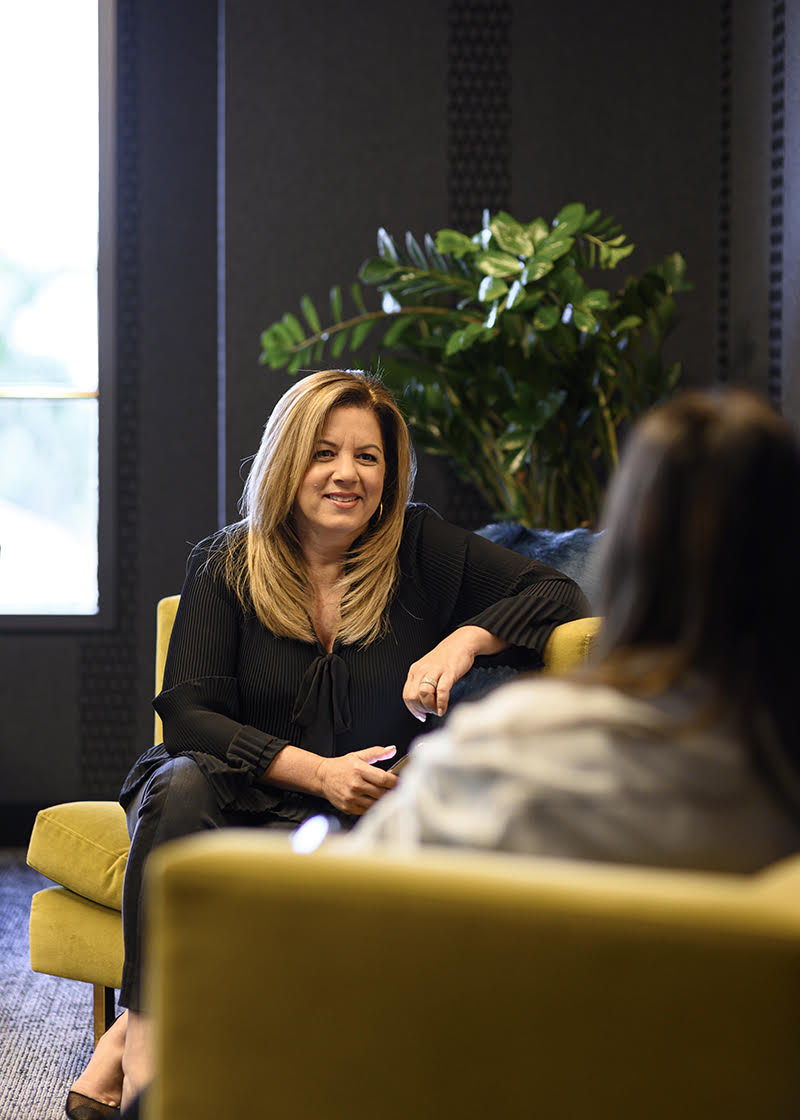 Virginia manages a team of accounting, operations, and human resources professionals at WOW MKTG, bringing 25 years of experience in business and law to our organization. Starting as a paralegal in government law, Virginia moved into the world of law firm operations and administration. She subsequently managed accounting and human resources for a series of medical practices and healthcare support business before joining WOW. 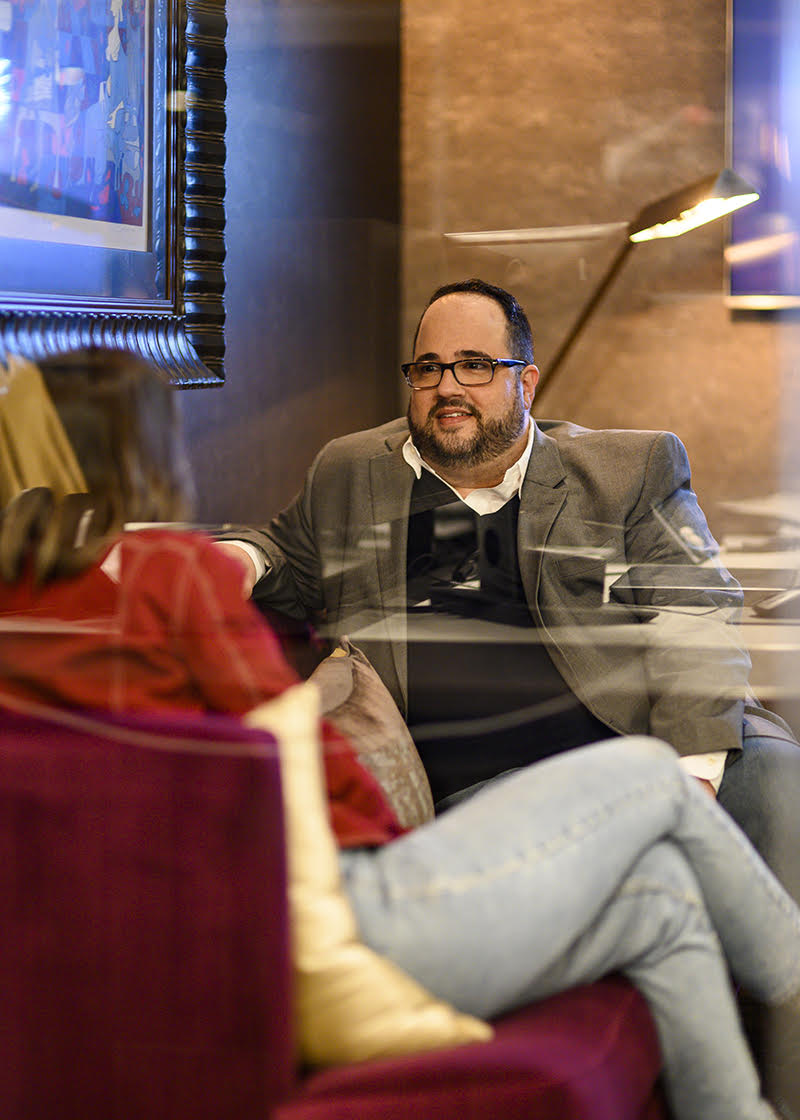 Calm under pressure, Diego is an expert in developing and executing data-based strategies to drive clients’ ROI via any and every paid digital and social media channel. He has experience on the client and agency side, in accounts and media, and with multi-cultural/multi-channel campaigns. His experience includes Account Director at Accentmarketing Communications and SapientNitro, VP of Digital Strategy for TMP Worldwide, and VP of Digital Strategy & Media for Starmark International. Diego has executed digital marketing plans for General Motors, Celebrity Cruises, The Walt Disney Company, SeaWorld Orlando, SCJohnson Wax, Johnson & Johnson, CVS, Nova Southeastern University, Florida International University School of Business, Kaplan University, Career Source Florida, FPL FiberNet, and The Children’s Trust. 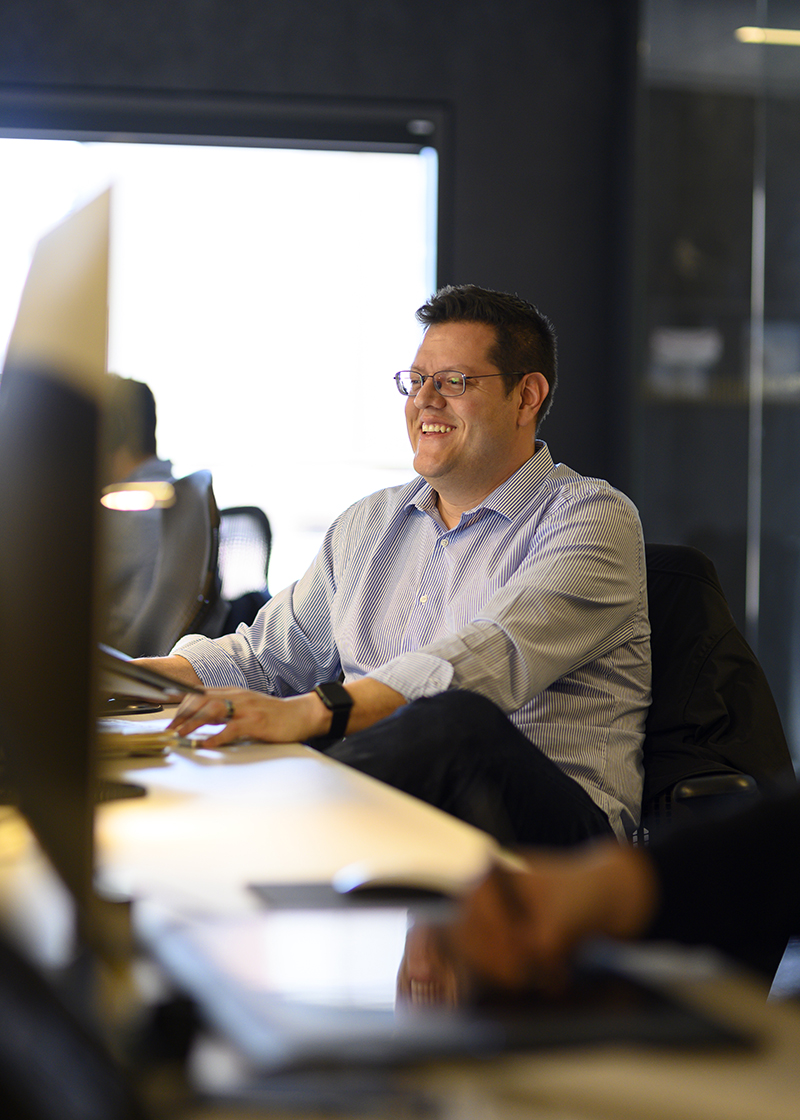 Xavier is plugged in and harnessing a world of code and tech to engineer sites, apps, and interactive units for WOW MKTG’s clients, making the impossible look easy. He began his career 20 years ago as a graphic designer and animator, transitioning into interactive design and development early in his career. He perfected his diverse talents at local startups and boutique digital shops, before leading the Interactive Development team at República. Xavier has seen it all from landing pages for Google, to complex sites for banks and pharmaceutical brands. He’s also worked for brands like Burger King, Four Seasons, Nielsen, Toyota, NBCUniversal, and even The White House. 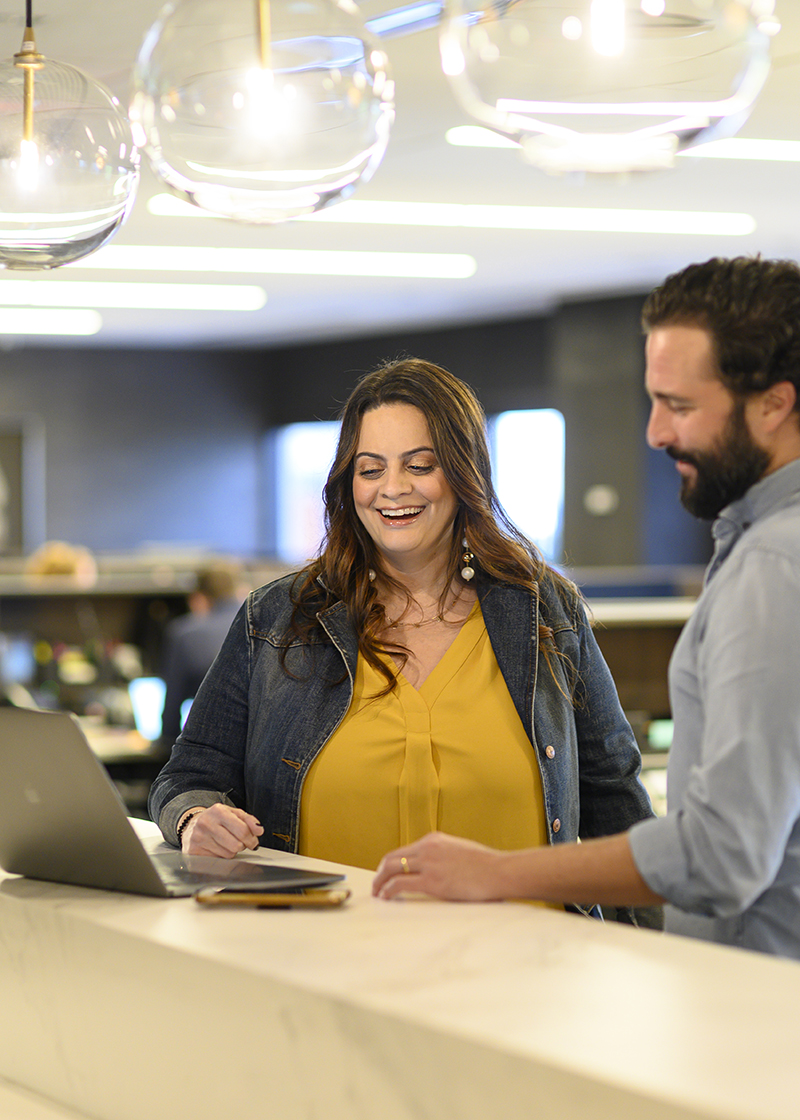 Eileen leads the project management team at WOW MKTG, bringing more than 18 years of advertising experience to a department that is critical in ensuring quality and objectives are met on time and within budget. Whether its coordinating agency workflow or managing end-to-end project completion, Eileen’s organizational abilities and attention to detail help guarantee that our clients’ goals are always a priority. Before joining WOW MKTG, Eileen worked in account services and project management at BlackDog Advertising and Creative Marketing Partners where she worked on campaigns across an array of industries including tourism, hospitality, healthcare, and automotive.

Episode 1: Agency life starts to get real for our eager interns on their first week on The SHIP. Watch as they get their first taste of what it takes to be a successful marketer in a competitive, fast-paced industry.

Episode 2: The interns roll up their sleeves for a good cause and learn some interesting news about their summer assignment. Find out more on Episode 2 of The SHIP.

Episode 3: The interns start working on their big summer assignment and, just like it happens when working on real campaigns, the team encounters a few curveballs along the way. Watch more on episode 3 of The SHIP.

Episode 4: The interns gain valuable insight from WOW MKTG's founder and president Jose Dans and The SHIP Season 1 winner Jake Nardo as their campaign begins to come together.

Episode 5: With the help of the agency's leadership team, the interns fine-tune their final campaign in preparation for the highly-anticipated presentation to a panel of expert judges.

Episode 6: In their final bid for the coveted $5,000 scholarship, the interns showcase the knowledge and experience they've gained over the course of the past 6 weeks to a panel of judges.

Episode 7: Six hopeful interns. Six challenging weeks. It all comes down to this moment. Only one of our interns will be named the winner of The SHIP Season 2 and take home a $5,000 scholarship.

This week on The Ship, the interns get a behind-the-scenes look at the inner workings of WOW MKTG and prepare for the road ahead.

As they approach their first project touchpoint with our leadership team, our up-and-coming marketers learn the importance of being prepared. The Ship continues to go above and beyond a typical internship program to give students a real-world experience.

With guidance from our leadership team, our interns start to come together to shape their campaign pitch.

With one week until the final presentation, our interns deliver their last practice pitch and receive feedback from our leadership team.

It's the last week of The Ship and it's time for our interns to present their campaign to our panel of experts. Six will graduate from the five-week program but only one participant will take home a $5,000 scholarship. Tune in below to see the finale and congratulate them all.

Take a look at some of the best behind-the-scenes moments of our dynamic internship experience, The Ship. Applications for next year will open on Monday, January 14th.